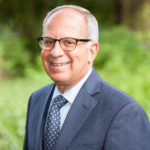 Mr. Cohen has been practicing law for over 45 years and a Certified Civil Trial Attorney by the Supreme Court of New Jersey for over 30 years (1985-2016). A highly experienced and widely respected trial lawyer, Mr. Cohen focuses his practice on diverse complex litigation in the State and Federal Courts, including corporate, commercial, environmental, intellectual property, real estate, probate, family, land use, affordable housing, mediation, municipal and public sector matters.

Mr. Cohen has served as Special Counsel to numerous municipalities and other governmental bodies in complex land use matters. He has statewide recognition for achievements in precedent setting court decisions listed in Representative Matters below.

The American Planning Association retained Mr. Cohen to file an amicus curie brief and argue before the Supreme Court of New Jersey in its first re-examination of the Mt. Laurel affordable housing doctrine in 18 years in Toll Brothers v. West Windsor Township, 173 N.J. 502 (2002).

Mr. Cohen was appointed as Special Master pursuant to Rule 4:41 by the Superior Court of New Jersey to prepare recommendations and report to the Court in a matter arising out of a jury verdict in a complex case involving violations of the New Jersey Insurance Fraud Prevention Act, N.J.S.A. 17:33-1 and Workers’ Compensation Fraud Act, N.J.S.A. 34:15-57.4.

Mr. Cohen is nationally ranked in Land Use and Commercial Litigation.

Mr. Cohen’s past professional associations include Shareholder, Co-Chair of Litigation Department and Member of the Executive Committee in Parker McCay as Shareholder and then Of Counsel from 2002 to 2015; partner in Stern and Greenberg and Stern Greenberg and Kilcullen, working with former Federal Judge and United States Attorney, the Honorable Herbert J. Stern from 1991 to 2002; partner in Gutkin, Miller, Shapiro and Selesner from 1978 to 1991; and Sills, Beck, Cummis, Radin and Tischman (now Sills Cummis) where he worked with the late Honorable Arthur J. Sills, former Attorney General of the State of New Jersey. After graduation from law school, Mr. Cohen served as Law Secretary to the late Honorable Leon Gerofsky, the late Honorable John C. Demos, and Honorable Morton I. Greenberg (who later served as a Judge in the United States Court of Appeals for the Third Circuit), all of whom served as Assignment Judges in the Superior Court of New Jersey in Middlesex County from 1974 to 1975.

Professional and Community Honors and Awards:

Admissions to Courts to Practice Law: